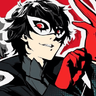 This is an event with special characters in the title

Born in Baku, Azerbaijan, in the Soviet Union in 1963, Garry Kasparov became the under-18 chess champion of the USSR at the age of 12 and the world under-20 champion at 17. He came to international fame at the age of 22 as the youngest world chess champion in history in 1985. He defended his title five times, including a legendary series of matches against arch-rival Anatoly Karpov. Kasparov broke Bobby Fischer's rating record in 1990 and his own peak rating record remained unbroken until 2013.

Invite People to Join This Event