From Hand-Built to Mass-Produced: What Henry Ford Can Teach Your IT Organization

The principles of mass production can revolutionize IT infrastructure – just as they did the automobile industry – by creating a software-defined infrastructure that produces the highest quality IT products and services in the most efficient manner at the lowest cost. 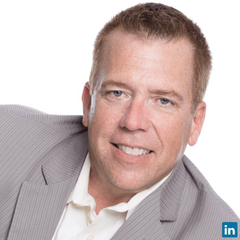 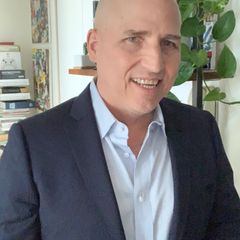 In conversations with customers, colleagues and peers within the industry, it is becoming increasingly clear that many are simply uneducated about cloud technologies (i.e. public, private and hybrid clouds). In order to try to reduce the confusion, I’m going to cast the conversation in a way that is a lot less buzz-y and a little more specific to what people know and are familiar with. Let’s talk about cars and how Henry Ford revolutionized the automobile industry.

First, let’s be clear: Henry Ford did not invent the automobile. He invented a way to make automobiles affordable to the common man or as he put it, the “great multitude.” After the Model A, he realized he'd need a more efficient way to mass produce cars in order to lower the price while keeping them at the same level of quality they were known for.

He looked at other industries and found four principles that would further his goal: interchangeable parts, continuous flow, division of labor and reducing wasted effort. Ford put these principles into play gradually over five years, fine-tuning and testing as he went along.

In 1913, they came together in the first moving assembly line ever used for large-scale manufacturing. Ford produced cars at a record-breaking rate, and each one that rolled off the production line was virtually identical to the one before and after.

Now, let’s see how the same principles of mass production can revolutionize IT infrastructure as they did the automobile industry by creating a cloud infrastructure. This optimized infrastructure produces the highest quality IT products and services in the most efficient manner at the lowest cost.

Henry Ford discovered significant efficiency by using interchangeable parts, which meant making the individual pieces of the car the same every time. This way any valve would fit any engine and any steering wheel would fit any chassis. The efficiencies to be gained were proven in the assembly of standardized photography equipment pioneered by George Eastman in 1892.

This meant improving the machinery and cutting tools used to make the parts. But once the machines were adjusted, a low-skilled laborer could operate them, replacing the skilled crafts person that formerly made the parts by hand.

In a traditional “hand-built” IT infrastructure, skilled engineers are basically building servers – physical and virtual – and other IT assets from scratch and are typically reusing very little with each build. They may have a “golden image” for the OS, but build multiple images based on the purpose of the server, its language or the geographic location of the division or department it is meant to serve.

They might layer on different software stacks with particularly configured applications or install each application one after another. These assets are configured by hand using run books, build lists, etc., then tested by hand, which means it takes time and skilled effort; there are still unacceptable amounts of errors, failures and expensive rework.

Building any asset becomes a clear and repeatable process of connecting different parts together, and these interchangeable parts can be used over and over (and over) again to produce virtually identical copies of the digital assets at much lower costs.

Once Ford standardized his parts and tools, he needed to divide up how things were done in order to be more efficient. He needed to figure out which process should be done first, so he divided the labor by breaking the assembly of the Model T into 84 distinct steps. Each worker was trained to do just one of these steps but always in the exact same order.

The cloud infrastructure, regardless if it's public or private, relies on the same principle of dividing up the effort of defining, creating, managing and ultimately retiring each IT asset so that only the most relevant technology, tool or (sometimes) human does the work.

As can be seen in later sections, these “tools" (people, process or technology components) are then aligned in the most efficient manner such that it dramatically lowers the cost of running the system as well as guarantees that each specific work effort can be optimized individually, irrespective of the system as a whole.

To further improve efficiency and lower costs even more, Ford needed the assembly line to be arranged so that as one task was finished, another began, with minimum time spent in setup (setup is always a negative production value).

Ford was inspired by the meat-packing houses of Chicago and a grain mill conveyor belt he had seen. If he brought the work to the workers, they spent less time moving about. He adopted the Chicago meat-packers overhead trolley to auto production by installing the first automatic conveyor belt.

In a cloud infrastructure, this conveyor belt (assembly line) consists of individual process steps (automation) that are “brought to the worker” (each specific technological component responsible for that process step) in a well-defined pattern (workflow). Then each workflow is arranged in a well-controlled manner (orchestration) because it is no longer human workers doing those commodity IT activities (well, in 99.99% of the cases).

But the system itself leverages virtualization, fungible resource pools and high levels of standardization, among other things. This is the infrastructure assembly line and how IT assets are mass produced – each identical, the same high quality and at the same low cost.

As a final principle, Ford called in Frederick Winslow Taylor, the creator of "scientific management," to do time and motion studies to determine the exact speed at which the work should proceed and the exact motions workers should use to accomplish their tasks, thereby reducing wasted effort.

In a cloud infrastructure, this is done through understanding and using continuous process improvement (CPI), but CPI cannot be done correctly unless you are monitoring the performance details of all the processes and the performance of the system as a whole, then documenting the results on a constant basis. This requires an infrastructure-wide management and monitoring strategy which, as you’ve probably guessed, was what Fredrick Taylor was doing in the Ford plant in the early 1900s.

Let there be cloud

From the start, the Model T was less expensive than most other hand-built cars because of expert engineering practices, but it was still not attainable for the "great multitude" as Ford had promised the world. He realized he'd need a more efficient way to produce the car in order to lower the price.

By using the four principles of interchangeable parts, continuous flow, division of labor and reducing wasted effort, he was able to drop the price of the Model T in 1915 from $850 to $290 and in that year alone, sold one million cars.

Regardless of public, private or hybrid, in a cloud infrastructure, those four principles listed above are used along with the tools, technologies and operational methodologies that exist today – which are not considered rocket science or on the bleeding edge. This then can revolutionize IT infrastructures and allow you to stop hand building your IT assets (employing your smartest and best workers to do so) and start mass producing those assets to lower your cost, increase your quality and ultimately significantly increase the value of your infrastructure.

With a cloud infrastructure of automated tools and processes where standardized/interchangeable parts are constantly reused based on a well-designed and efficiently orchestrated workflow that is monitored end-to-end, you too can make IT affordable for the “great multitude” in your organization.

The first step towards such a cloud infrastructure, (again, regardless where that infrastructure resides), is to engage experts like WWT with a Value Stream Mapping exercise, which in our case is a workshop that provides customers with:

These processes line up directly to Henry Ford's, over a hundred years ago, when he examined his manufacturing processes.

Ready to get started? Request a workshop